The Charts – Clean Sweep for FIFA 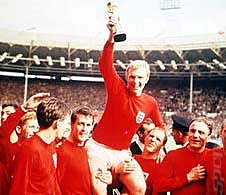 All Images (8) »
Little surprise at the top of ChartTrack's UK All Formats chart this week. With the World Cup hype reaching fever pitch, EA’s FIFA World Cup Germany 2006 scores a hat-trick, taking the top slot for the third consecutive week. This also despite a noticeable drop in sales by nearly a half of the amount of units shifted the previous week.

Eidos Interactive’s Tomb Raider: Legend clings onto second spot again this week, despite an equally significant drop in sales. The same company's Championship Manager 2006 shoots up the chart to three, following its release on Xbox, and Konami’s Pro Evolution Soccer 5 also climbs back up 12 places to four, thanks to its Platinum budget release.

All this means - with EA’s FIFA Street 2 at nine, there are currently four football titles in the top ten. Football loopy nuts are we indeed. Of course, some purists would not count FIFA Street as a ‘football’ title, but we can get into that argument elsewhere.

EA’s The Godfather hangs in the top five, dropping one place to five. Ubisoft’s Ghost Recon: Advanced Warfighter slides down to six. Nintendo’s Animal Crossing: Wild World drops two places to seven, EA’s The Sims 2 creeps back into the top ten at eight, the aforementioned FIFA Street 2 is at nine, and Vivendi’s movie tie-in Ice Age 2: The Meltdown sloshes down three places to 10.