Next instalment in blockbuster series featuring Hollywood-style Action-Driving is set for March launch across Europe. 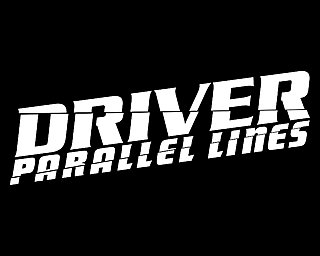 ?Driver: Parallel Lines returns to its original franchise roots with a very heavy focus on driving, including unmatched driving physics,? said Gareth Edmondson, Studio Manager, Reflections Interactive. ?With its fast-paced driving, top-notch soundtrack, and a new storyline and cast of characters, Driver: Parallel Lines will be the Hollywood-style action driving game fans have been clamouring for.?

Driver: Parallel Lines places gamers in New York City during two distinct eras ? the 1970s and today ? and centres on TK, an 18 year-old driving prodigy seeking fortune and fame. Gifted, popular and arrogant as hell, TK is one of the best drivers-for-hire in town and is known by everyone ? from the pimped-out street hustlers, petty criminals, and racer boys to the shadowy crime figures that pay for his skills at the wheel. TK gets involved with a scheming group bent on taking down one of the biggest names in the underground crime scene. However, TK gets double crossed and ultimately is imprisoned for 28 years.

Fast forward to 2006 where the action kicks back in, and TK is older, meaner, and hell bent on settling some serious scores. TK needs to call on every driving trick in his considerable repertoire to tame the over-powered road machines that 2006 presents him. After twenty-plus years in jail, it?s time to hit the streets once again.