Hip Games? Signs Tom Savini for George A. Romero?s City of the Dead 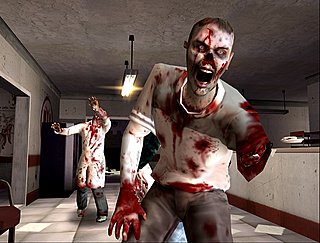 Tom Savini, star of ?From Dusk Till Dawn? and a noted horror makeup artist, is cast in a pivotal role in ?City of the Dead.? Savini will bring his instantly recognizable voice and likeness to William ?Red? McLean, a battle-worn ex-law enforcement officer who is a survivor to the core. Savini?s character will initially provide fire support in the game then be playable, allowing gamers to experience the game through the eyes of ?Red.?

?We are incredibly pleased that Mr. Savini has agreed to lend his talent to our upcoming release, ?City of the Dead?,? said Arindra Singh, President & Chief Executive Officer of Hip Interactive Corp. ?His legendary make-up artistry and theatrical roles have securely embedded him in the Romero Universe. We are honored to have him on board!?

?I feel like an assassin. I load up my car with my essentials and go off to strange places and kill people, and things?in movies,? said Tom Savini from his Pittsburgh home. ?It makes sense for me now to do it in a new strange place....a video game. My first video game and a whole new arena to fulfill my reputation, my legend, as the king of splatter in the bloodiest gore fest in gaming? ?City of the Dead.??

?City of the Dead? begins as four desperate survivors escape a ravaged zombie infested city by helicopter. After making it to the remote island of Isla Mortal, an accident destroys their only means of escape. Unbeknown to them the island is home to a top secret military installation, overrun by the walking dead. Armed with an arsenal of traditional and futuristic weaponry, players must battle the living dead from dusk ?till dawn in series of abandoned locales. With split-screen co-op missions, party mode, and four-player online feature, ?City of the Dead? also promises a range of multiplayer features that allow gamers to play as human or zombie.

Hip will unveil the first build of ?City of the Dead? featuring William ?Red? McLean behind closed doors next week during E3. Hip Interactive is located in the Concourse Hall at booth 5013.
Companies: Hip Games Kuju
People: Arindra Singh Tom Savini
Games: City of the Dead