Two Nippon Ichi titles on the way to UK. 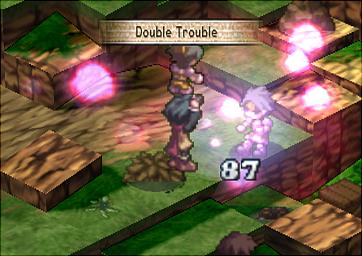 Phantom Brave
All Images (2) »
KOEI Ltd, the European subsidiary of the Japanese publisher and developer KOEI Co., Ltd. is pleased to announce their plans to bring two highly acclaimed RPG titles to the European market. An agreement has been established between KOEI and the burgeoning Japanese publisher and developer, NIPPON ICHI SOFTWARE INC, to publish both award winning ?La Pucelle? and the almighty ?Phantom Brave? in Europe.

Following the deal that brought the critically acclaimed Disgaea to the European market, both parties are delighted to be working together again on these two new titles. Steve Marks, Marketing and PR Manager for KOEI Ltd, spoke favourably of the acquisition: ?It is a pleasure to be working with Nippon Ichi yet again. In Disgaea they gave us a AAA title and the feedback we received has proved to us that there will be great demand for these two titles. The two new games from Nippon Ichi fit in extremely well with our brand strategy and both La Pucelle and Phantom Brave will be very valuable additions to our ever-growing catalogue. Both titles are highly acclaimed and we are delighted to be able to offer top quality RPG games to fans across Europe?.

Following critical acclaim in the US, Phantom Brave is the latest hit title from NIPPON ICHI SOFTWARE INC. In the year 921, in a world called Ivoire lives Marona, a 13 year old orphaned girl with a special ability to communicate with phantoms. Her ability brings resentment from others, but cheerful Marona is undeterred. Marona believes in her parent?s teaching that people will one day come to like her as long as she stays compassionate and kind. Marona is a Chroma, a magical mercenary of sorts, in the archipelago world of Ivoire. Unlike most Chromas, however, Marona possesses the power to summon phantoms and is always accompanied by Ash, her dead parents' former companion as they bid to resolve disputes around the world.

In Phantom Brave players will take on the role of Marona to complete missions assigned by the clients. Players are not alone in their quest though as Marona is able to create custom Phantom troops that you manage and control in battle.

La Pucelle Tactics
Legend warns that one day the Dark Prince, beloved and powerful servant of the fallen Angel Calamity, will rise to cover the world in darkness. But where there is darkness, so must there be light. When the Dark Prince appears, so too will a girl known as the Maiden of Light, servant of the Goddess Poitreene and worker of miracles.

The three rag-tag centres of the world here are outspoken ?Prier?, her little brother ?Culotte?, and their mysterious babysitter, ?Alouette?. All three are members of La Pucelle, a church-sponsored demon-hunting squad. Of course, not all is right in the world or even within Prier's own holy institution. Demons and the undead roam the world, and it's up to La Pucelle to defeat these wandering souls and purify the land. As the principle character ?Prier? ? a 16 year old demon hunter, you?ll journey through the treacherous medieval Europe in this occult tale of deception and betrayal.