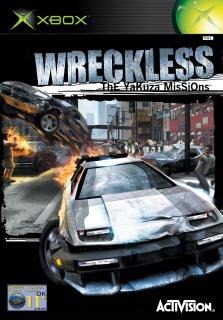 All Images (2) »
Activision, Inc. announced today that Wreckless: The Yakuza Missions and Tony Hawk?s Pro Skater 3 were the #1 and #2 best-selling third-party titles by units for the Xbox video game system from Microsoft in Germany for the week of March 18-24, 2002, according to Media Control. These results followed the successful European launch of Xbox on March 14, 2002.