Richard Garriott?s Shroud of the Avatar from Portalarium Raises $2 million in Crowd Funding 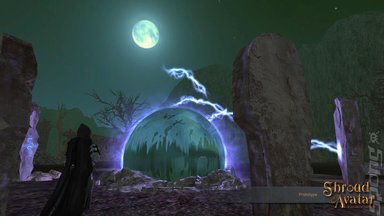 All Images (7) »
London, UK, April 9, 2013 ? Legendary computer game maker Richard Garriott is getting back to his fantasy RPG roots to develop Shroud of the Avatar?: Forsaken Virtues. And now he and his game design team at Portalarium® have the funds to make the game thanks to a highly successful Kickstarter crowd funding campaign that ended with more than $2 million raised. The original pledge goal on Kickstarter was $1 million. Garriott is best-known for developing the hugely popular Ultima series of role-playing games.

?I am incredibly grateful to all the fans who backed us during the Kickstarter campaign,? said Garriott. ?And those fans are now part of our design and development process going forward with Shroud of the Avatar. We will be listening to all of them as we go about making the kind of fantasy RPG that I really enjoyed making in the earlier part of my career. But this is really only the start. We will continue to keep our own crowd funding store open to bring in more funds to help us add even more features to the game.?

Fans who were unable to make a pledge on Kickstarter, still have an opportunity to get behind the project. The store at www.ShroudoftheAvatar.com continues to provide several ways to back the project. ?The Kickstarter backers will forever have certain perks that will remain exclusive to that part of our campaign,? said Garriott. ?People who visit the game store now will see many similar Kickstarter-like tiers to back the project. But we will continue to add new items to the game that will be available for purchase by both our Kickstarter backers and new backers. The cool part is that a lot of what we will be adding will be based on feedback from our fans; items and features that they are already telling us they want to see in the game.?

The Kickstarter campaign saw several major announcements about Shroud of the Avatar, including news that New York Times best-selling author Tracy Hickman is joining the team as lead story designer. Several stretch goals were announced and successfully reached including a serialized prequel novel based on the Shroud of the Avatar storyline and authored by Hickman, a pet system with animal taming, guild houses and banks, city theaters for player performances, castle merchants with unique merchandise and much more.

Shroud of the Avatar is expected to launch in 2014. For more information on the game and to become a backer of the project go to www.ShroudoftheAvatar.com (PayPal accepted).

About Portalarium
Portalarium was formed in September of 2009 in Austin, Texas. The company was co-founded by legendary game developer Richard Garriott, who created Ultima, one of the longest running and most successful fantasy role-playing game series ever. For more information about Portalarium, go to www.portalarium.com.