He?s at it Again! Molyneux Claims Game of Complete Free Will 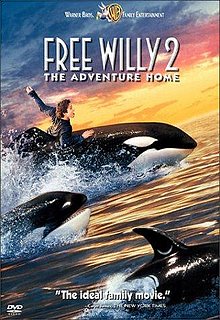 Perhaps a Free Willy game would be less of a challenge?
Peter Molyneux likes making claims, that?s for sure. The Lionhead boss is never shy when it comes to promising industry-breaking features in his upcoming titles, most of which generally go along the lines of, ?Our next game will see the player set in a world in which he can do whatever he wants as the world evolves around him.?

So it was no surprise that we read the latest interview quote regarding the upcoming Project Dimitri, in which Molyneux said, ?I can tell you what the game's about ...would you like to know what the game's about? It's a game about you. It allows anyone who plays the game to relive their life, their entire individual life. That's a pretty ambitious concept."

He is indeed, at it again.

Molyneux was forced to make a dramatic climb-down on claims regarding the content of Lionhead?s last game, Fable, when the acclaimed developer said in a statement from October 2004: ?What happens is that we strive to include absolutely everything we've ever dreamt of and, in my enthusiasm, I talk about it to anyone who'll listen, mainly in press interviews. When I tell people about what we're planning, I'm telling the truth, and people, of course, expect to see all the features I've mentioned. And when some of the most ambitious ideas get altered, redesigned or even dropped, people rightly want to know what happened to them. If I have mentioned any feature in the past which, for whatever reason, didn't make it as I described into Fable, I apologise. Every feature I have ever talked about WAS in development, but not all made it?.

Although SPOnG is naturally dubious about these latest free will claims, we sincerely believe that Molyneux does begin development with the best of intentions. We hope that a game of such magnitude is possible, and greatly look forward to seeing the fruits of the Project Dimitri development team's labour.

Bender 6 Apr 2005 15:28
1/9
It's just my opinion but i think Molyneux should stop worrying about making a game that lets you do anything and create a game that gives you something useful to do instead!

His games are boring and never deliver on the claims of complete player freedom. Fable was a very average game. B&W was a total crok.

I find it quite easy to 'think up' an idea that allows total player freedom. Here's one: 'Its a game that lets you play as a boy or girl in a town or country location at any point in time and do anything you want to achieve any goal you set'. AWESOME!

DoctorDee 6 Apr 2005 16:28
2/9
Bender wrote:
It's just my opinion but i think Molyneux should stop worrying about making a game that lets you do anything and create a game that gives you something useful to do instead!

Agreed. I mean, we already have a ultra-high definition incredibly detailed, real-time, massively multi-user environment that lets you do ANYTHING you want (climb a mountain, pilot a rocket, have sex with a movie star, invent a cure for cancer), as long as you amass the skills and funds to enable your objectives, and you play the game with sufficient skill to enable you to achieve them before someone else does.

It's called life, and most of us are trying to get out of it by playing computer games.

Damien Knight 6 Apr 2005 17:18
3/9
awe its okay petey! Just keep making those games. We already know when you say something that sounds to good to be true, its is. So in knowing that I find my middle ground. I liked Fable...what can I say? *shrugs shoulders*

shediesinred 6 Apr 2005 18:43
5/9
I think it an awesome idea, I'd like to have a game that lets me do absolutely anything, and when I say anything, I don?t mean, carjack somebody and run around doing nothing. I mean anything. Like, go to sleep, wake up in the morning, go apply for a job, ditch work, go inside somebody?s house at night when they are sleeping, steal their car keys, drive into a mall, have a shoot out with the cops, and go on a road trip to California and go surfing. Absolutely anything. It would be cool if you'd be able to converse with NPC?s via microphone and have acknowledgement of what you've said and respond realistically. I think a game like this with very realistic nex gen technology would be amazing, or not.

Ditto 7 Apr 2005 08:21
7/9
This guys really funny, obviously considers himself an icon of gaming but delivers similar games (at least on PC) year on year.