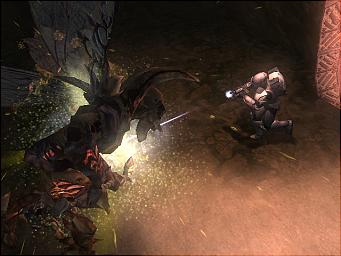 There had been various rumours at the end of last week suggesting that there were going to be some major staff cut-backs at Lucasarts, and indeed, today that prophesy has been realised. Jim Ward, who had been appointed as the company?s new President in May this year, made the following statement ? reflecting a solid financial reasoning ? ? I?ve come to the conclusion that to make LucasArts thrive, and to position ourselves for the long-term future, we need to make some fundamental changes.?

Unfortunately for some, those fundamental changes have come in the form of job losses, with 31 staff members being shown the door. This cost-cutting also follows the cancellation of prospective sequels for the much-loved LucasArts adventure games Full Throttle and Sam and Max. In fact, the only game now left for LucasArts? internal studio is Star Wars Republic Commando.

With fewer projects and a variety of outsourced development teams on the books, LucasArts? future successes will be largely dependent on the work of others. Pandemic is working away at Star Wars Battlefront, Obsidian has the joyous task of building KOTOR 2, and now The Collective has also got in on the act and will be handling the game of Star Wars Episode III. LucasArts, presumably, will just be lurking in the background ? waiting for some substantial returns before it plans its next move.
Companies: Bioware LucasArts Pandemic The Collective
Games: Star Wars Battlefront Star Wars Knights of the Old Republic II: The Sith Lords Star Wars: Republic Commando

It also doesn't help that the advent of 3D killed off Lucas' best commodity - the graphical adventure.

A pity that we'll never get to see such delights as Monkey Island, Day Of The Tenticle, Sam & Max and Grim Fandango again :(

schnide 16 Aug 2004 13:09
2/4
No it's not very nice, but think about it.. after Episode III is released, where is there really left for LucasArts to go now that it's better days are clearly long behind it?
more comments below our sponsor's message

Question is what will they then do when tthe films are over and forgotten? More Sam and Max etc, or just more Star Wars games?

Would be a real shame if Lucasarts then became a clone army making clone Star Wars games, and nothing else.

ohms 16 Aug 2004 15:42
4/4
The best star wars games from Lucasarts were made 15-20 years after the original films were released. Once all 6 films are over and done with they can take their time to plan and produce star wars games of a better quality as most of the 'poor' star wars games, which are still outnumbered by the better games imo, were 'games of the film', rushed out to cash in on each prequel.

Having said that, Lucasarts will always produce non-starwars games too, just look at gladius and the upcoming mercenaries.

Let's hope Republic Commandos, KotOR 2 and Battlefront can see in some better days.
Posting of new comments is now locked for this page.