It?s All Kicking Off Again As FIFA 2004 Steps Onto The Pitch

Annual update on the horizon 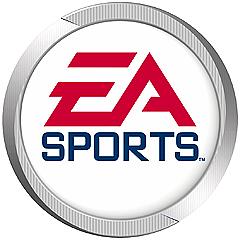 All Images (2) »
If you can count on one thing in this crazy world it's that EA will offer an annual update of each of their long-running sports sim series' every year for the rest of eternity. It's no surprise then that 10 years on from the original FIFA Soccer game we are greeted with their latest footie game, entitled, wait for it? FIFA 2004.

The latest version will be the usual multi-format fare based on the official FIFA license. Whilst an online mode has been suggested for the PS2 and PC, the tensions between Electronic Arts and Microsoft over the organisation of Xbox Live mean that, as yet, the Xbox version may remain a strictly offline affair. On the upside, GBA connectivity has been mentioned for the GameCube version, which should please a fair few Cube-owning football fans. Although no concrete details are available, we'd hazard a guess at some kind of tactical management system.

Alongside the usual graphical tweaks and player updates, the notable gameplay changes will arrive in the form of an advanced tactical system, devised in association with Erich Rutemoller from FIFA's technical committee. To further emphasise these new strategic features, there's also a new 'career mode' in which you can bring your team up through the ranks, hiring and firing new players as you go.