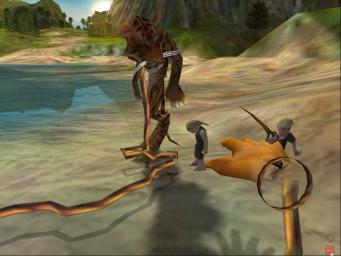 Zoom in!
Peter Molyneux, in an interview with the BBC, is requesting the British government?s help in funding videogames in the future, as developers struggle to cope with the burgeoning expense of game creation.

"Making a computer game now is incredibly expensive," said the man behind the worm in the apple on the barrel in Black and White. "You're talking about millions and millions of pounds to make a triple-A, globally successful game. A few developers are really, really struggling. The small independents are the creators of all the new, fresh and different ideas and that is definitely going to suffer.

He continued: "You are going to see less of the creative, out-there ideas which turn into the compulsive properties later on. With a little bit of help from government, you could see those developers growing and becoming a significant revenue source."

He went on to say that the government, if it can spare anything at all after propping up the whim of an American warlord, should set up a videogame Film Council equivalent, providing funding for independent start-up projects.

It also seems that Peter has forgotten that Japan exists. ?It is well known that Britain leads the world in development terms. There's no other place on Earth that has the concentration of development talent,? commented.
People: Peter Molyneux