Games of the Year - The Disappointments

The games that didn't live up to their marketing hype. 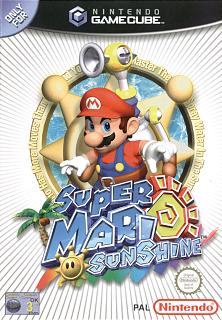 All Images (3) »
As with everything, videogame fanaticism serves up its fair share if disappointments. We are promised the earth, shown fancy screens shots and plied by an army of marketers, loaded with claims about content and performance. Other times, we have our most beloved franchises wrecked, rushed, bordered and delayed. Now, it's time for the bad stuff.

First to get a kicking is Codemasters' Colin McRae Rally 3 for PlayStation 2 and Xbox. In the history of gaming there has never been a more glaring example of the publishing arm of a development studio getting its priorities completely wrong. Signing a protracted deal with Ford Motorsport, Codies removed the option to play Colin McRae 3's main game in any other car that the Focus. In this epically dishonourable move the firm managed to completely undermine one of its key franchises, an error compounded by the abject failure, both in terms of quality and sales, of Codemasters' two releases prior to CMR3, Mike Tyson and Prisoner of War.

Furthermore, CMR3 stinks of being rushed. The Xbox version in particular is one of the poorest games, in terms of draw-distance and general graphical quality, the platform has ever hosted. It is buggy, though not disastrously so.

Most irritating is the fact that the third game, in what has been a truly phenomenal, best-selling series, brings the least with it in terms of content. There is no training mode. There is no dedicated arcade mode. The menus are awkward. The options have been dumbed down. AND YOU CAN ONLY PLAY THE CHAMPIONSHIP MODE IN THE FOCUS!

In releasing one of the most glaring examples of licensing and marketing steamrollering the requirements of gamers, Codemasters has sold off a substantial amount of its family silver. With the fan-base so disenfranchised, it will be interesting to see if the fourth in the series makes it to release. All the reviews for Colin 3 were wrong. It was scored highly because it's a Colin McRae game. Next time, the critics will be a little bolder with their judgements.

Ironically, Colin McRae will be driving for Citroen next year and his partnership with co-driver Nicky Grist has ended. Well done to all concerned.

Next on the block is Final Fantasy X from SquareSoft. It's a brilliant game and was rapturously received by its somewhat alarming dedicated fan-base. And yet it was not optimised for its European release. It came with no 50/60 Hz switch and was bordered by exactly 17.5% of the entire screen. That's almost a fifth of the play area taken up by big, black lines at the top and bottom. In this day and age, this is absolutely reprehensible, and unforgivably cynical. "Will they buy it anyway? Yes? Well then, let's just release it." After all the delays and the mammoth task of localising this epic, text heavy game, not to spend the time to remove the borders and optimise the game speed beggars belief.

Finally, (we have to stop somewhere, this could go on for some time) is quite a controversial entry to the 2002 hall of shame. Super Mario Sunshine.

We were promised a true update to the 3D wonder that was Mario 64. Instead, a buggy game that could have featured pretty much any platform character was released. Mario Sunshine makes the player feel as though playing is too much work. Many complained that after the initial joy of booting up the game, they were trying to enjoy themselves, rather than actually enjoying themselves.

It's a great shame that Sunshine represents a step backwards in 3D Mario gaming. Let's hope that Mario 128 makes up for this!