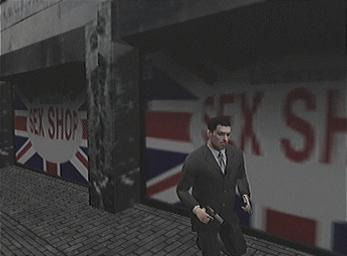 All Images (4) »
Team Soho?s The Getaway has toppled Grand Theft Auto: Vice City at the top of the UK all-formats charts, in news that has come as a surprise to many spectators.

The London-based crime spree thriller saw over 20 man-years pumped into the photography of a large portion of London, development ambition that sets a new standard in commitment.

Speaking to us some time ago, The Getaway lead producer Chun Wah Kong said, ?The Getaway will probably redefine gaming as we know it. I know people always say that, but here we?ve really done something never before seen.?