Streaming for consoles of big movies... 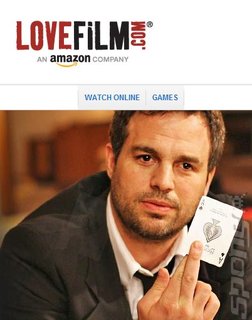 That's what it says in the official word, which then goes into some more lovely detail:

"LOVEFiLM members will be able to exclusively stream Sony Pictures titles including the Academy Award winning The Social Network, action-thriller Salt, starring Angelina Jolie, and sci-fi action blockbuster 2012 via LOVEFiLM Instant at no extra cost and as part of their existing subscription."

And it gets better for us! "The deal will see Sony Pictures' recent and forthcoming releases, catalogue titles and TV series added to the LOVEFiLM Instant service - available on the PC or via Sony Playstation 3, Microsoft Xbox 360, Apple iPad and a growing number of Internet-connected TV sets and Blu-ray players."

Merry and filmy Xmastide every... one!