Solid Snake takes a back seat for MGS 2 - Konami ruffled! 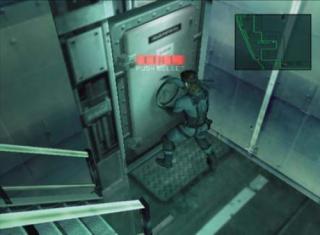 All Images (3) »
On the eve of its American release, a new rumour has surfaced about the hotly-anticipated Metal Gear Solid 2: The Sons of Liberty. Though this kind of rumour-mongery can be expected of any game so shrouded in mystery, it has emerged that you do not play as Solid Snake for a considerable portion of the stealth thoroughbred.

Apparently, a new character called Raiden will become the main playable character for the large part of the game.

Another rumour states that Snake dies at the end of level one, making sense of the fact that all the screens released thus far are taken from the first level.

We have been invited to play the complete version of Metal Gear Solid 2 this Thursday, by the kind people over at Konami, so keep your eyes peeled for more MGS stuff next week.

And remember where you read it first!
Companies: Konami
Games: Metal Gear Solid 2: Sons Of Liberty