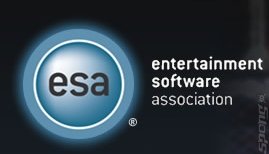 The Entertainment Software Association (ESA) - the group representing video games in the USA spent a staggering $1,208,000 during the last quarter of 2009 according to a report by House of Representatives' clerk's office.

The list of lobbying activities is a lengthy one and suggests that the ESA has done some serious wining and dining activities over the final few months of 2009. A very merry the 'The Holidays' was had by all.

The figure also suggests a far more aggressive approach than the previous year's Q4 when only $980,000 was spent.