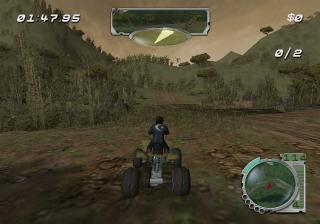 All Images (39) »
Take 2 Games has released a massive batch of screens from its latest driving-cum-crime thriller Smuggler?s Run 2 for the PlayStation.

Take 2 and its child company Rockstar has this to say about the title: ?The highly anticipated sequel to Smuggler's Run, Smuggler's Run 2: Hostile Territory plunges even further into the illicit and treacherous world of smuggling. Already known for incredible landscapes and realistic physics, Smuggler's Run 2: Hostile Territory now sends you on a mission that is deeper, darker and much more dangerous. Smuggling is no longer a game, initiation is over, this is not just for fun, there is too much at stake.?

The first game in the series was one of the titles to really open the eyes of the general public to what the PlayStation 2 is capable of. It had fully rendered backgrounds and vehicle modelling to die for.

The subject matter, running with various loads of contraband from the police and other smugglers, was also highly appealing.

Smuggler?s Run 2: Hostile Territory is released for PlayStation 2 in November of this year.