Microsoft's second ace for 360 this Christmas 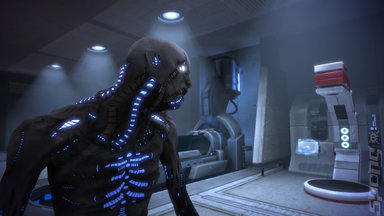 All Images (9) »
Aside from some space shooting game that developer Bungie is rumoured to be releasing this year, Microsoft has another ace up its sleeve this coming Christmas, in the RPG-shaped genre ? BioWare?s Mass Effect ? which SPOnG has just been informed releases on the 23rd November.

BioWare, should you not be aware, is the acclaimed development studio behind Knights of the Old Republic, Neverwinter Nights, the Baldur's Gate series and Jade Empire.

In Mass Effect, as the first human Specter - sworn defenders of galactic peace - your mission is to halt the advancing armies of a legendary agent gone rogue. But as you lead your elite team across hostile alien worlds, you will discover the true threat is far greater than anyone imagined?

Mass Effect is a beautifully epic space role playing game that is going to more than satisfy the legions of hardcore 360 gamers out there later this year.

"The best games bring players into an immersive, realistic world that is fun to explore from beginning to end," said BioWare boss Greg Zeschuk.

"We've achieved that in Mass Effect by putting the player at the center of a compelling, cinematic storyline full of realistic characters and hundreds of exciting locations."

When we popped into see it at the recent Leipzig sweat-fest, it has to be said that we were impressed both by the nice young lady showing us the game and also by Mass Effect's conversation wheel. This wee device enables you to have rapid fire in-game dialogues without having to read long sentences. Graphically, the game's a looker too. We look forward to reviewing it as soon as Microsoft remembers to send over a copy.
Companies: Bioware
Games: Baldur's Gate : Dark Alliance Jade Empire Mass Effect Neverwinter Nights Star Wars: Knights of the Old Republic

what i mean is in 1999 looking at shenmue for first time you thought OMG how can games get better than this!

but looking at shenmue now for 100th time you would think lip syncs off a bit and eyes dont move correctly at others, skin is a bit weird coloured etc...

but if graphics arent everything and just they add to the gameplay, i will see and get it anyhoo probaly.