Xbox hardest piece of hardware to make. Profit next year. Wii is no good? and more? 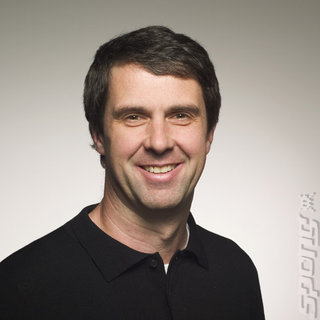 We really don?t want to pick on president of Microsoft?s Entertainment and Devices Division, Robbie Bach, but when someone of his position and stature in the games industry comes out with some of the following statements, he deserves to be quoted.

Of course, the competition always comes in for some comment. In this case, the Wii:
"And the rest of the product (aside from the controller) is actually not a great product?no disrespect.?

Or, apparently having missed Economics 101:
?Well, initially I think the demand (again of the Elite) is going to be based on how much we can supply.?

So, if no Elites are supplied ? as is the case in Europe ? then no one will demand one? Seriously? Does nobody in Europe want an Elite?

And, well, here?s one that we?re still trying to translate:
"But I'm just talking about the psychology of me doing an interview with you as a reporter coming in and not uttering the word Sony without me bringing it up.?

In case you were unaware, this is the division ? and the man at the head of it ? responsible for Xbox and its various associated products from Live to peripherals.

On Making The Xbox

On Nintendo And Wii

?It's a very nice product, but it actually has a relatively specific audience and a fairly specific appeal, frankly, based on one feature, which is the controller itself. And the rest of the product is actually not a great product?no disrespect, but ? the video graphics on it aren't very strong; the box itself is kind of underpowered; it doesn't play DVDs; there are a lot of down-line components [that] aren't actually that interesting.

?They don't have the graphics horsepower that even Xbox 1 had.?
Video graphics? As opposed to what, decals? Down-line components? We?re still trying to work out what the Wii?s down-line components actually are.

On Games For The Wii

?The challenge they (Nintendo) have is that third parties aren't going to make much money on this platform because Nintendo is going to make all that money, and their ability to compete with something like a Halo or produce an experience like Madden on their system is going to be tough.?
Is it us, or does Madden already exist on the Wii?

?They've got a pricing problem, they have a cost problem, they have a content problem, and they don't have an online service. But I'm just talking about the psychology of me doing an interview with you as a reporter coming in and not uttering the word Sony without me bringing it up.?
Okay, you can?t really argue with that right now. Robbie has some valid points regarding the relationship between cost and pricing. As yet, Home doesn?t exist in a commercially viable sense. And content is still coming in ports or dribs and drabs. But what on earth is the last sentence all about? Translations in the Forum please.

More On The Elite ? and Economics 101

?I mean, the volume is going to be somewhat constrained for a period of time.?
Hey, Robbie! Over here! In Europe? we know.

Finally, in a statement that will brighten the hearts of Microsoft shareholders the world over, Bach has stated that:

"So, it's a business that will be profitable next year?we'll make money next year and that will be the first time, which is pretty exciting.?
Turning the business into a profitable one would also certainly throw sand in the face of Forbes magazine journalist Roger Ehrenberg who stated that ?gaming has been a disastrous endeavour for Microsoft? after five years and over $21-billion invested, all they've got to show for it is $5.4 billion of cumulative operating losses, and Xbox 360 doesn't appear to be the silver bullet to turn things around.? in April this year.

To read the interview in full ? and to be sure of context ? we actually recommend that you head over to eWeek.com.
Companies: Microsoft Nintendo Sony
People: Robbie Bach

Matt Watkins 4 May 2007 12:43
1/6
Robbie has obviously been smoking more crack than usual this month. Like other MS executives, his head seems to have floated off into another universe centred entirely around a rose-tinted view of Microsoft and its products. What a load of cobblers.

OptimusP 4 May 2007 13:42
2/6
I think he means that jounalists don't come up with Sony towards Robbie if he doesn't mention Sony himself...and he sees it as a psychologic game of "who's going to mention Sony first" when doing interviews...or something...

He likes to talk about Sony...i think it's just that.

Bit strange he'd say that as the Wii is roughly twice as powerful as Gamecube, right? And the Gamecube is about the same graphical horsepower (in terms of visible differences) as the XBOX 1.

It is true that the reputation the Wii has means that developers aren't using the graphics power to its full potential... even resulting in dire looking games. That really needs to be sorted really, a Wii game doesn't need to look like a PS2 game when it can look graphically much better than Resident Evil 4 on GCN did.

Of course, Robbie likely knows this. It's all a negativity spin really, which is just as well they started because Microsoft appear to be slightly worried about their European support; telling by the runaway success of the Wii and the news today of MS making moves towards European developers specifically.

schnide 4 May 2007 15:27
4/6
And here we go as usual.. Microsoft is cheating it's way to the top. It's product isn't financially viable, but because it's secured a stranglehold in other markets and makes a s**tload, it can afford to secure a stranglehold in the gaming market, and lose a s**tload..

Rod Todd 5 May 2007 07:30
5/6
I suspect, with $21Billion down the crapper, and no sign of profits soon, Mr Bach is contemplating a new career as a stand up comedian. This sounds like his warm up routine.

For the sake of what remains of his current career, he shoulda stuck to "The Aristocrats".

Bit strange he'd say that as the Wii is roughly twice as powerful as Gamecube, right? And the Gamecube is about the same graphical horsepower (in terms of visible differences) as the XBOX 1.

Bach is certainly talking some s**t in this article, but his claim that the Wii is less powerful than Xbox1 is no lie. If it's one thing you Wii fans need to accept in your embrace of this console it's that it IS underpowered and made 'on the cheap' in that regard. Take this one on the chin - it is a fact. Oh, and Wii would be LUCKY to have a game look half as good as God of War 2 on PS2...