"To Educate, Entertain and Inform?" 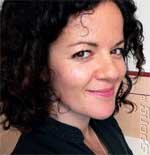 BBC Worldwide VP of digital content Alice Taylor
News from the recent Women In Games Conference, which took place at the University of Wales in sunny Newport last week, is that the the BBC is working on a number of "top-secret" games to be unveiled in the coming months, including, most intriguingly, an MMO by the Teletubbies creators.

BBC Worldwide VP of digital content Alice Taylor (pictured) informed the conference attendees that the BBC needs to embrace gaming, as "public service money comes from the people and should be spent on the form of content most relevant to them."

Taylor believes that the BBC should focus heavily on ?public service? games ? giving the example of the United Nations' Food Force.. She told delegates, "We can't keep up with the budgets of the 'big boy' publishers? But public service games have a place in the games ecology. They can innovate on behalf of the industry... The BBC was set up to make sure citizens don't just receive what is profitable."

Let us know what you think of the idea of an MMO Teletubbies and/or your licence fee being used to create more such public service games in the Forum.