Something For The Weekend? Today?s UK Game Releases

Loads and loads of them 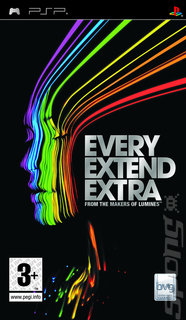 All Images (9) »
Capcom's Okami makes its European debut today. This beautifully-realised action-RPG on the PS2 challenges players to take on the forces of evil using celestial brushstrokes. Odd, we know. But it caught our interest. The ?new? Shadow of the Colossus? Check out SPOnG's review to see what we think here.

Retro-fans on the move will be pleased to hear that Atari?s Battlezone launches today on PSP, though SPOnG is far more excited about Mizuguchi?s latest PSP gem, Every Extend Extra a hyper-kinetic, psychedelic twist on classic 2D shoot-em-ups, whereby you have to shoot yourself up, setting off chain reaction explosions like mini amazing fireworks displays across your PSP screen. Every Extend Extra gets this week?s MUST-BUY award.

Metal Slug Anthology on PSP ran a close second this week, the comprehensive and definitive handheld collection of the military-themed, side-scrolling arcade legend that is the Metal Slug series, released to celebrate the Metal Slug 10th Anniversary party. Included in the collection are Metal Slugs 1 to 6 plus Metal Slug X ? all perfect ports of the arcade classics and all featuring Wireless support for intense two-player co-op action. If you can afford two games this week, then we urge you to buy this one too!

Naruto: Ultimate Ninja from Atari leaps in true ninja style from the pages of the similarly named Manga series and on to your PS2. If you want nothing more than to pound on under-age Ninja's this weekend then this is for you. Continuing the cutesy Japanese ninja fun is THQ's Avatar: The Legend of Aang on, well, everything except the 360 and PS3. It was formerly known as Avatar: The Last Airbender. We're refraining from cheap gags.

Next up, welcome to Pearl Harbor war fans! With Battlestations: Midway (PC, Xbox 360) from, err, Eidos, who assure us that the game is ?a radical advance in naval war gaming? in which you control and direct every aspect of naval warfare with ?genre-defining? control systems and strategic interactive maps. If you like war, men in blue uniforms and/or big boats with guns, then this one?s for you.

Maelstrom from Codemasters is a dystopic Sci Fi Real Time Strategy game set against the violent ecological meltdown of a future planet Earth (hmm, sounds all too familiar!). Gamers fight for control of the entire ravaged planet against an army of high-tech super soldiers, vicious aliens and a motley crew of human survivors.

Ever wanted to run your own galactic empire? Well, if you have: shame on you! We don't like dark-side shenigans here at SPOnG. Empire takes a different view, however, and you can take a crack galactic conquest on your PC with Space Empires V. On a similar theme, Altar Interactive's UFO: Afterlight on the PC sets you about the job of conquering Mars.

Continuing the management theme (albeit on a slightly smaller scale) is Atari's fun-filled theme-park sim Thrillville on the PSP.

Tangoing it's way into your morning commute is Blade Dancer: Lineage of Light on the PSP. Expect bright colours, pretty backdrops and (more) sword fighting. Continuing with the Japanese sword-slinging theme is Sony's Shinobido: Way of the Ninja on the PSP. None of this 'bright colour' malarkey here, though. It's all about the stealth.

Did the crappy attempt Britain's weather made at snow yesterday disappoint you? Oxygen's got your back. Winter Sports on the PS2 and PC will transport you to a veritable wonderland of winter. Or so we're told.

Then, of course, there's this week's mandatory movie cash in. Charlotte's Web from Sega tasks you with saving Wilbur the pig from the slaughterhouse on the DS, GBA, PC and PS2. SPOnG finds this quite challenging since Wilbur looks less cute than he does tasty.

EA's Sims cash-cow franchise makes a welcome PC return with The Sims Life Stories. It's like a rom-com, but with Sims!

Ripping off Dr Kawashima's Brain Training are a cheeky couple of titles from 505 Gamestreet:The Professor's Brain Trainer: Memory and its second cousin Logic.

For the pre-teens today, there?s Biker Mice from Mars from The Game Factory and Disney's Kim Possible: Global Gemini from the newly renamed Disney Interactive. Last up on the kids list are THQ?s Barnyard for Wii, the videogame of Nickelodeon's animated movie of the same name and Magical Starsign - a cutesy role-playing adventure on DS involving a barking mad back story about a magic universe.

That?s more or less it. Oh, and if, like us, you're a bit skint and don't fancy leaving the house this weekend, don?t forget also that it?s a golden Virtual Console day today with Super Mario World leading the charge of classics coming up your Wii pipe.

All in all, a good weekend ahead...