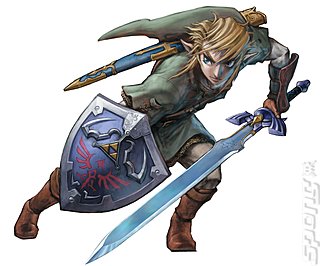 All Images (2) »
The numbers speak for themselves really: 600,000 Wiis sold in the first week on sale and, of course, it won't stop there.

?Even with sales already in excess of 600,000 units, demand continues to exceed supply, as it?s clear this is one of the ?gotta-have? products for the holiday season,? says Nintendo of America President Reggie Fils-Aime in a 'would-say-that-wouldn't he?' moment.

In a cheeky stab at rival Sony (that's cheeky in the sense of a gorilla wielding a brick) Reggie continues, ?We?ve shipped retailers several times the amount of hardware the other company was able to deliver for its launch around the same time ? and we still sold out. Given the inclusive nature of Wii game play, we?re seeing this new form of video gaming is already a huge hit with gamers and newcomers alike. It continues to be a phenomenal launch.?

Nintendo?s key third-party publishing partners had nothing but good things to add about their own AAA-titles currently flying off the shelves in the States.

?Madden NFL 07 is a great example of how the Wii gives players a whole new experience on their favourite games,? says EA Studio President Paul Lee. ?EA?s creative teams are working to build more Wii features into some of our most popular franchises.?

?The creativity we?ve been able to unleash on the Wii system with our game Red Steel has been eye-opening for our development teams,? explains Ubisoft President Laurent Detoc. ?Having the opportunity to design and develop entirely new game-play experiences using the Wii Remote and Nunchuk is both exciting and rewarding.?

Around three-quarters of North American Wii owners also bought Twilight Princess. While this is an impressive statistic, it does beg the question: ?What the hell were the other quarter of the populace thinking of by not buying Zelda!??

However, while the Wii continues to fly off the shelves in the United States, UK gamers (and their mums) fret about forgetting to get their pre-orders in early enough for next week?s December 8th launch.

If anybody needs a Wii this Christmas, and they?ve forgotten to pre-order it, then SPOnG advises you to join us on Oxford Street a week on Thursday (7th December) where we will be on hand to cover the London launch frivolities and shivering queues of hopefuls.

If you treat ?that? London with the disdain it so obviously deserves, however, we will also have a reporter on the scene at an as yet secret location in the North of England. Be prepared to be interviewed if you are queuing for a Wii on Thursday night.